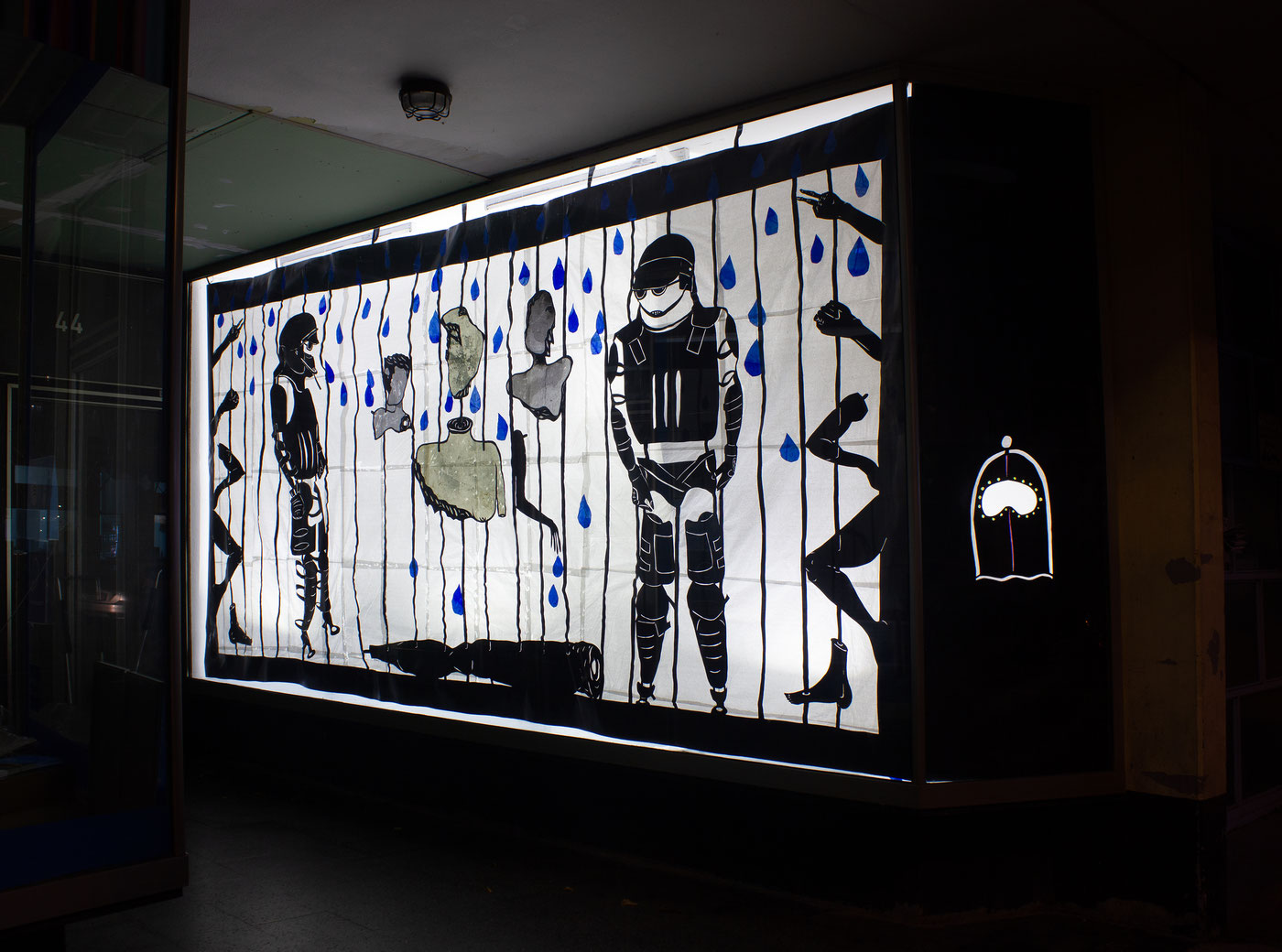 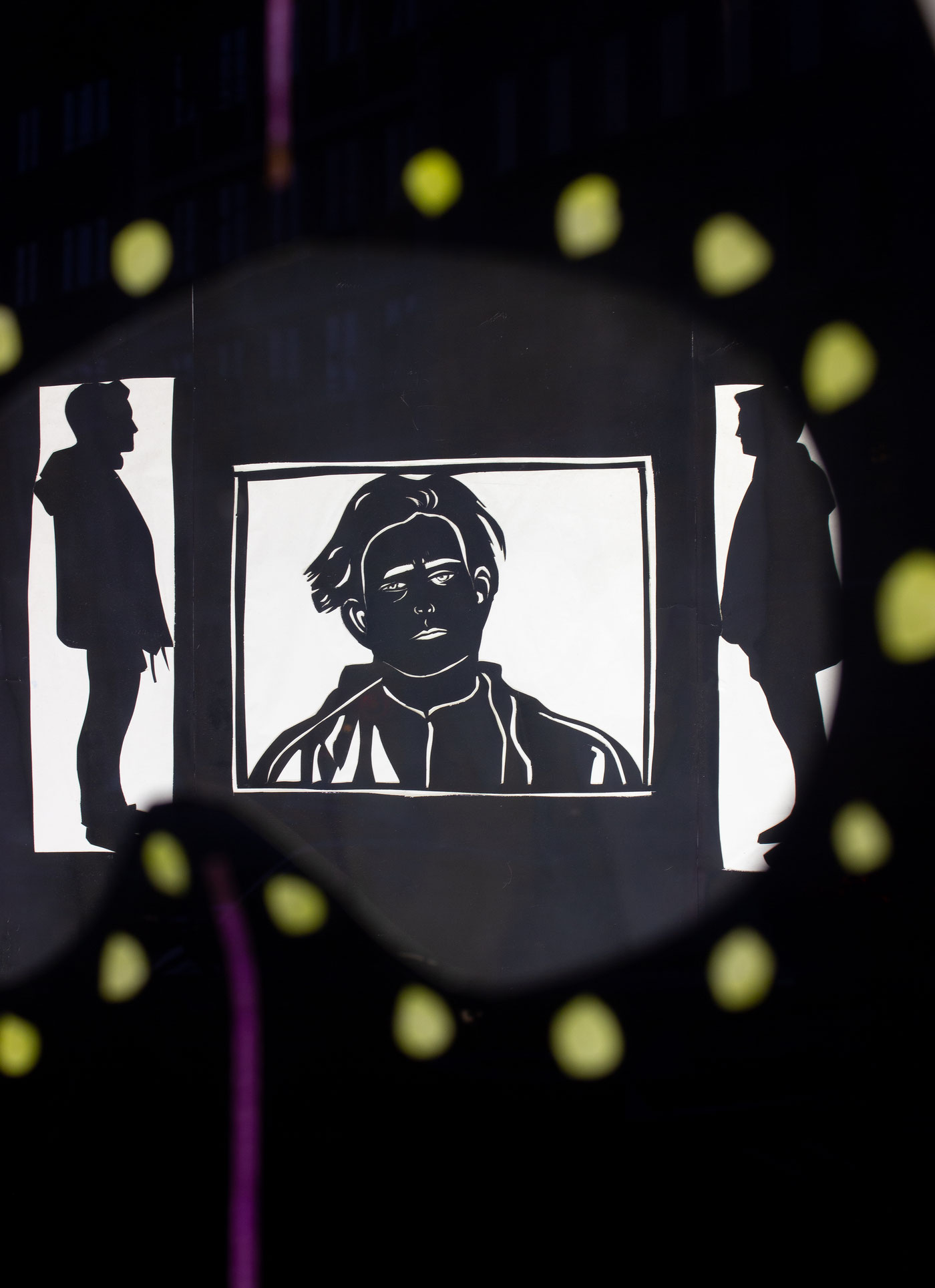 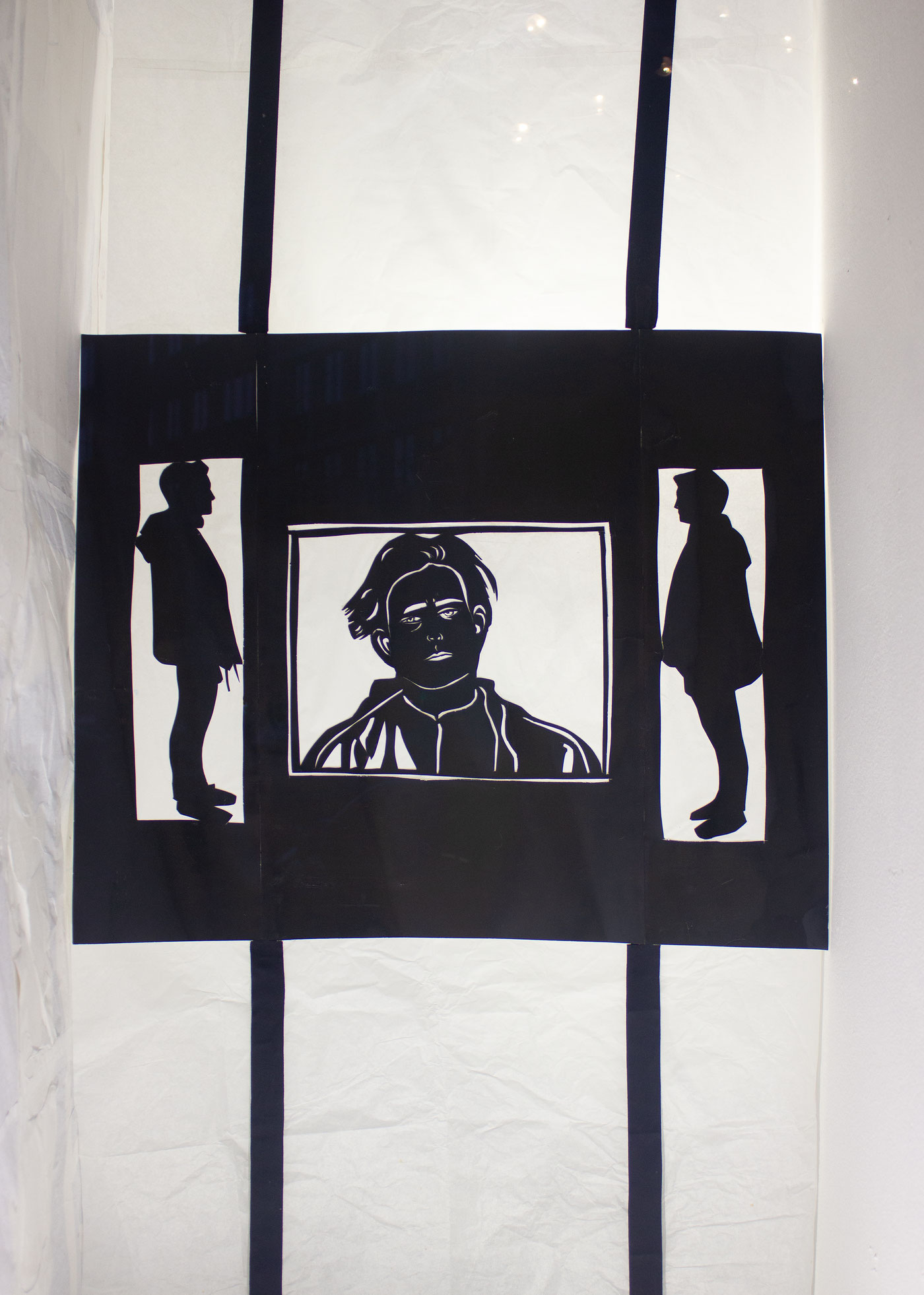 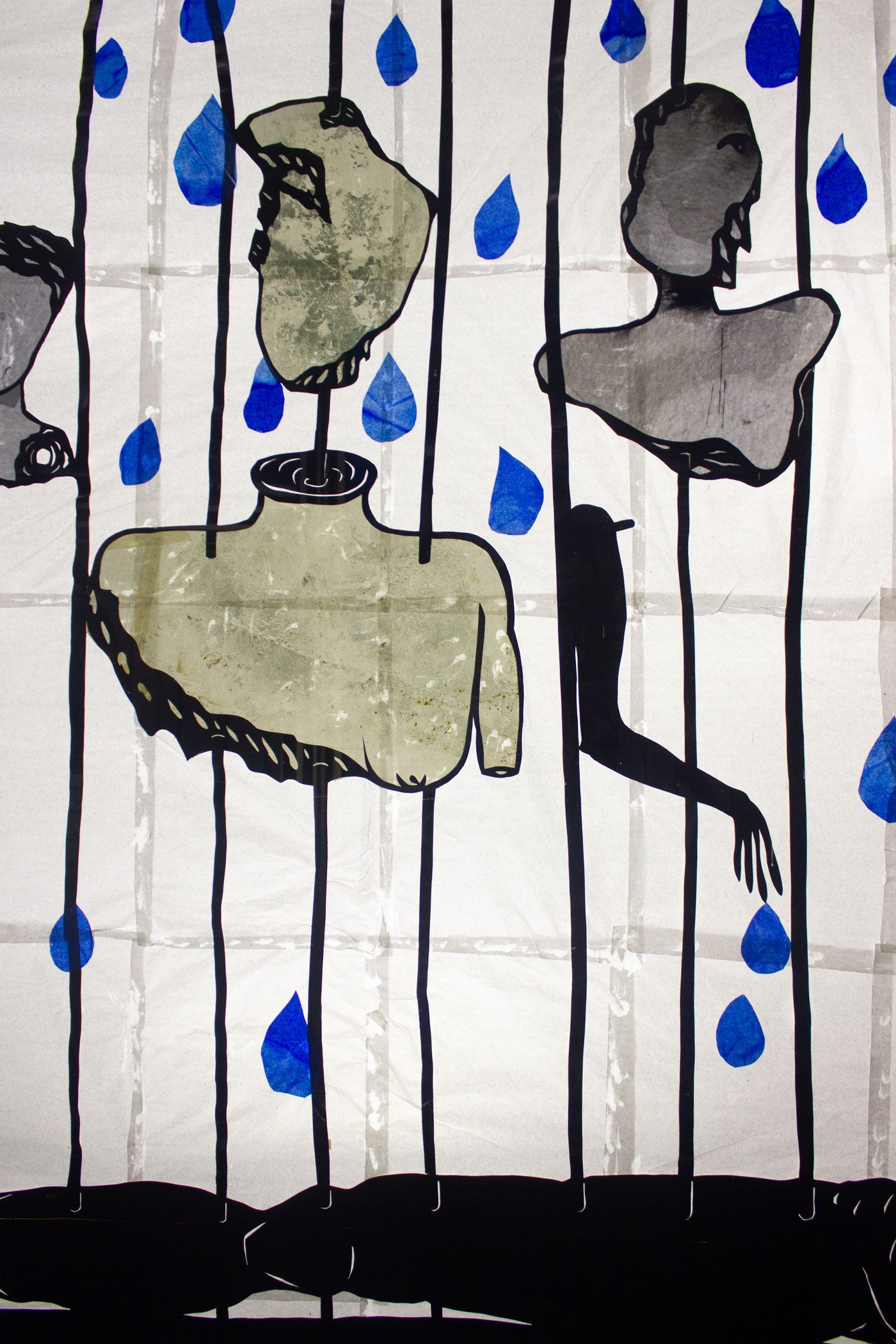 During the exhibition duration the trial of 57 people who were arrested by a large police force at the G20 protest on Rondenbarg street should have started ( it got posteponed). The so called «Rondenbarg complex» has been much discussed by the media because of the comparatively brutal way the police operated, leading to many severe injuries among the protesters.

On the occasion of the beginning of the trial, Claudia Barth expresses her own perspective on this event. In the form of a large paper cut she reflects upon her own arrest at the time as well as her current situation as one of the accused individuals. For a long time, different forms of deprivation of freedom have been a core topic in Barth’s work – especially as a female experience against the background of profound repression, even as a free citizen. Revolving around this subject, she keeps returning to the paper cut as a medium. With her paper cut cycle «Blood, Tears and Milk» (Galerija FLU, Belgrad, 2017) she addressed an unresolved chapter in the life of her grandmother who was institutionalized in São Paulo, probably in consequence of suffering postnatal depression.

Resembling arched windows with iron bars masked as ornaments, these paper cuts read between the lines of speechlessness. Even if a paper cut does not explicitly depict a lattice fence, the underlying structure of every paper cut is inevitably a kind of grid, as it can’t have any large gaps. Everything within it has to be connected or the paper cut would collapse. Building up on this grid character, Claudia Barth develops a critical discourse, crucial to which is the nature of the grid as a structure which defines a space in front and a space behind. It’s both window and barrier, both passageway for communication and a speech sieve, inflicting bias on the speakers from both sides. In this sense, the grid also symbolizes the fundamental conditionality of communication between two different minds. Lattice fences at which no exchange takes place often begin to speak themselves and, in many cases, not the truth. Fences made of wrought iron like to masquerade as rosebushes.

Claudia Barth’s paper cuts also speak along boundaries at which an exchange has failed to take place or seems impossible to begin. Covering the whole window of the exhibition vitrine, her paper cut interprets its interior as an only partially visible prison cell. A lattice that confronts the gaze in order to unblock the mind’s eye, as it speaks about the reflexive demonization of many headed monsters and formless (police)violence.