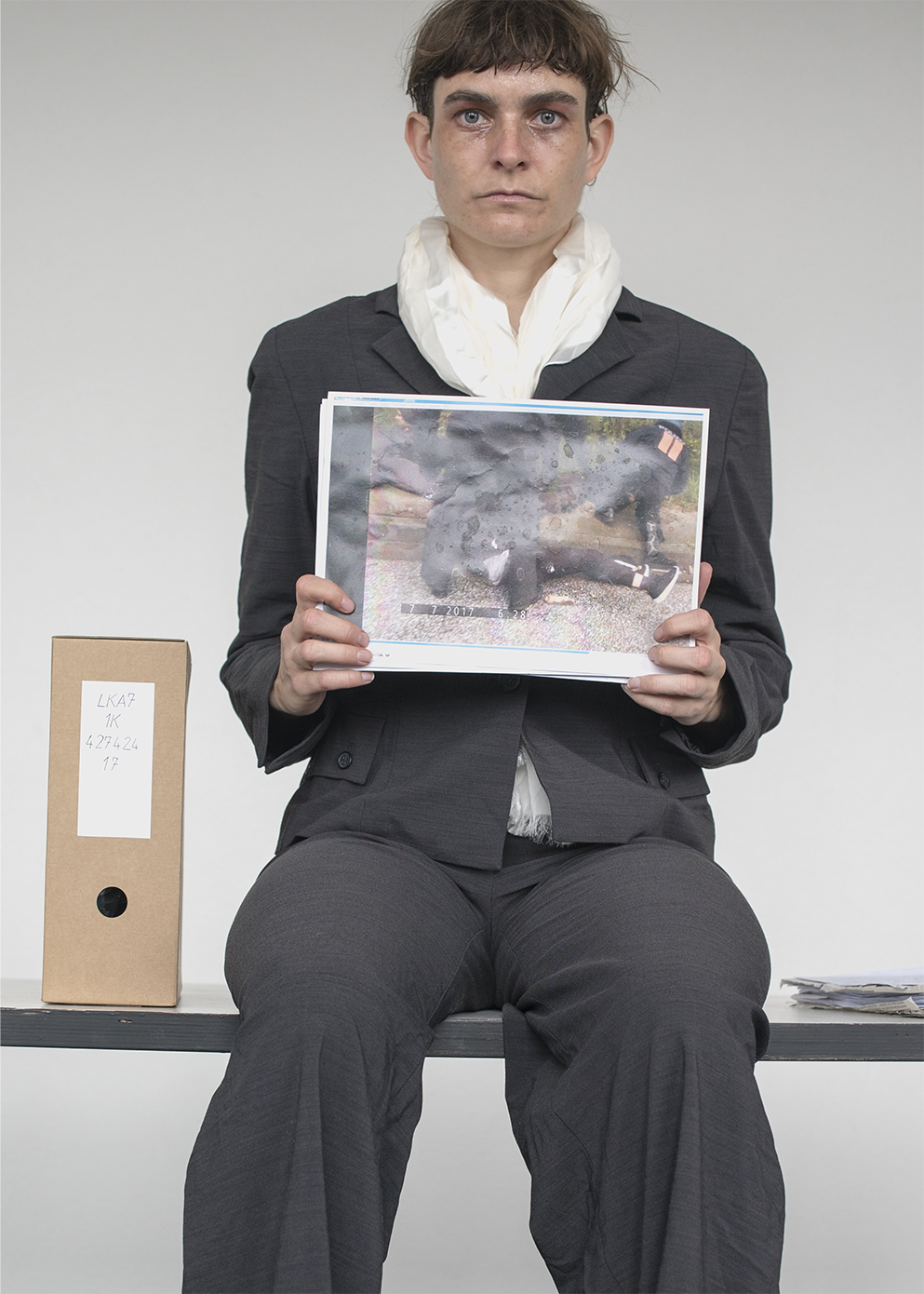 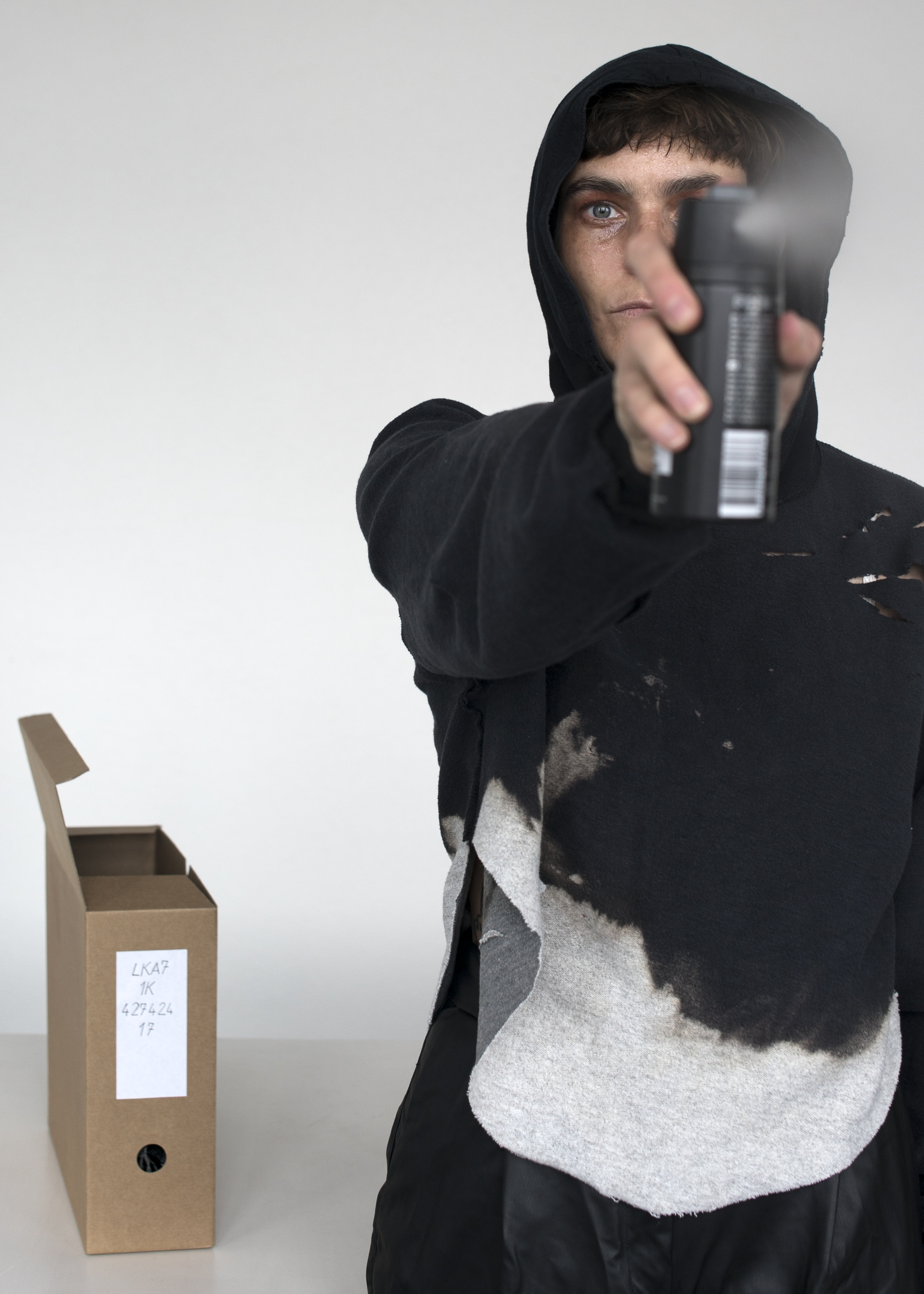 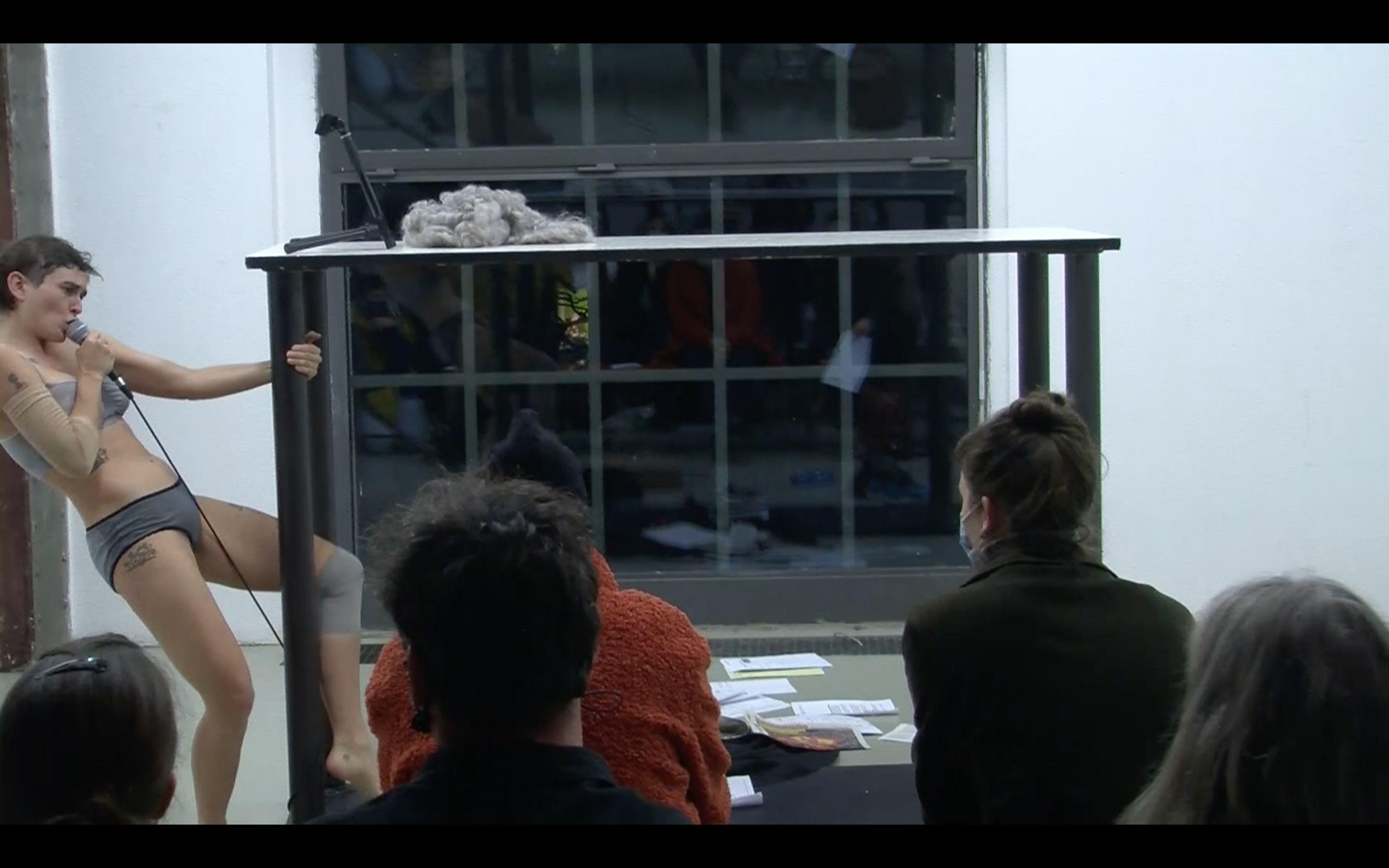 The Performance FREIHEITSENTZIEHUNGSSACHE (freedom depreciation case) is the artists first in-depth examination of police violence. The performance reflects on how the “naked” and vulnerable body is confronted with a military, highly equipped apparatus, and how the apparatus of the state accesses the body and the subject. The performance begins with the expression of the file number: 7120 UJS 19/17. Excerpts from the file follow and are intermingled with a personal report of an activist who was detained for two nights during the G20 conter protests in Hamburg in 2017. The performer plays the table alternately as a judge’s desk, as a cell and as a place of resistance.

Claudia Barth was part of the G20 counter protests, and has since been interested in the physicality of resistance and the performativity of the state apparatus.