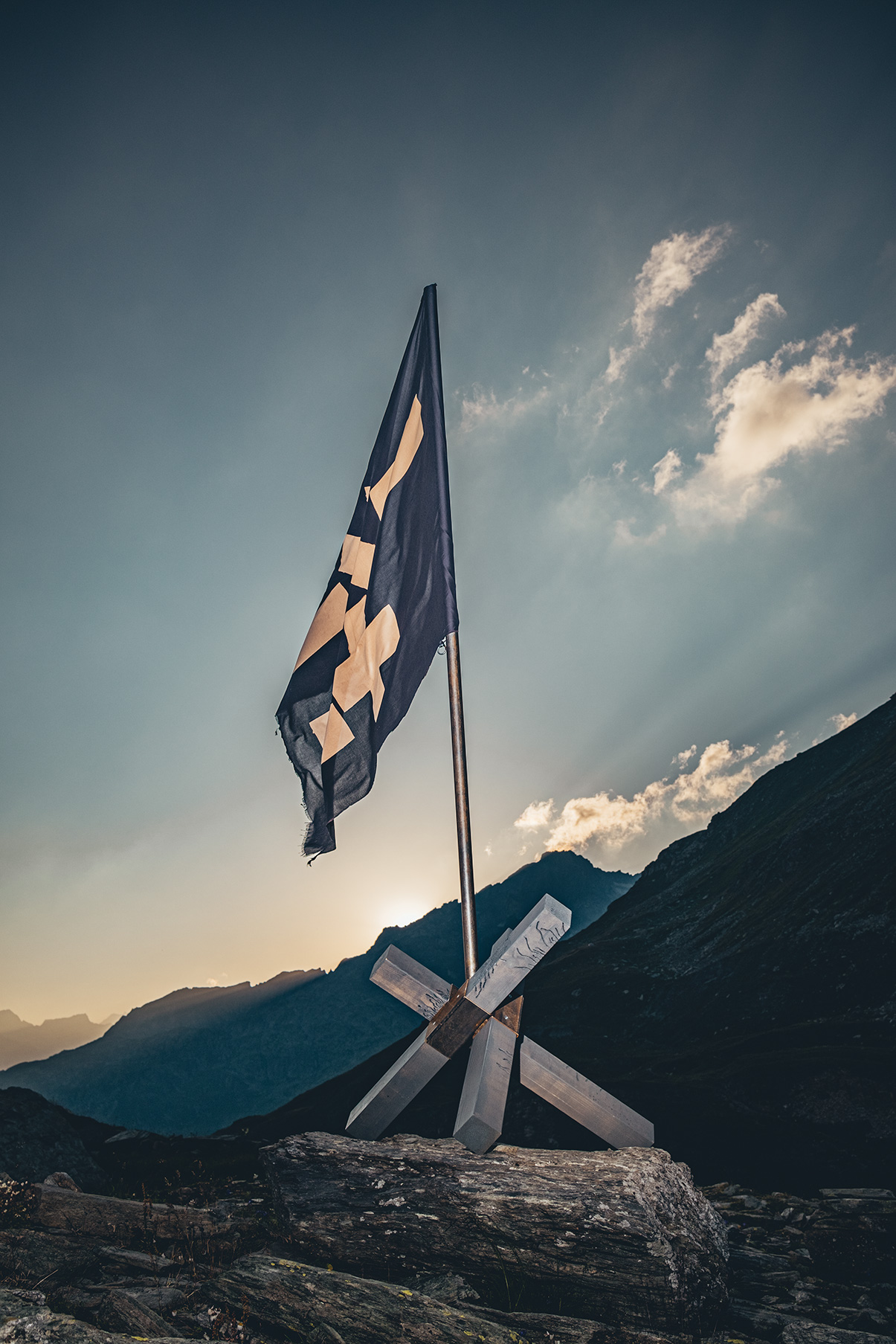 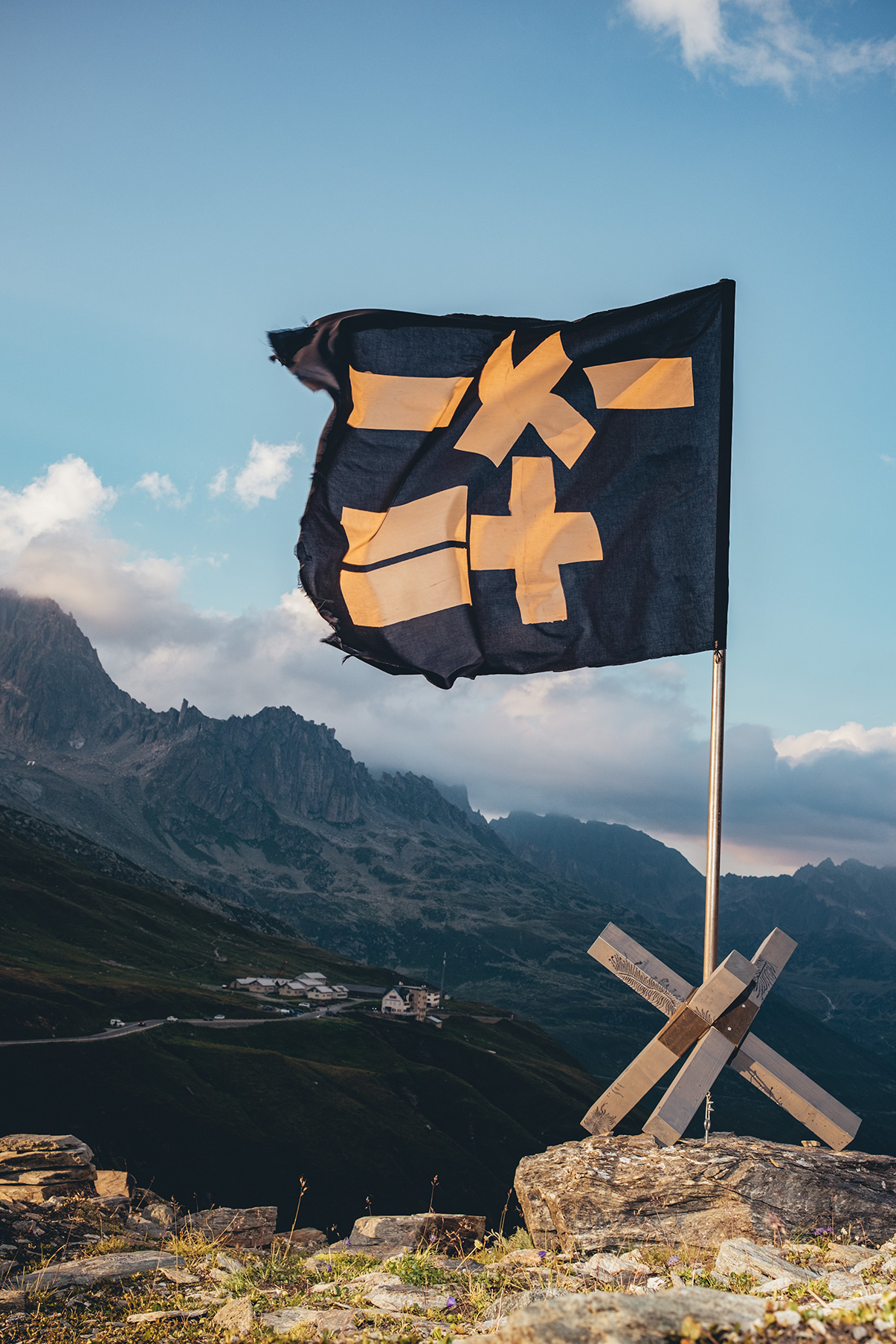 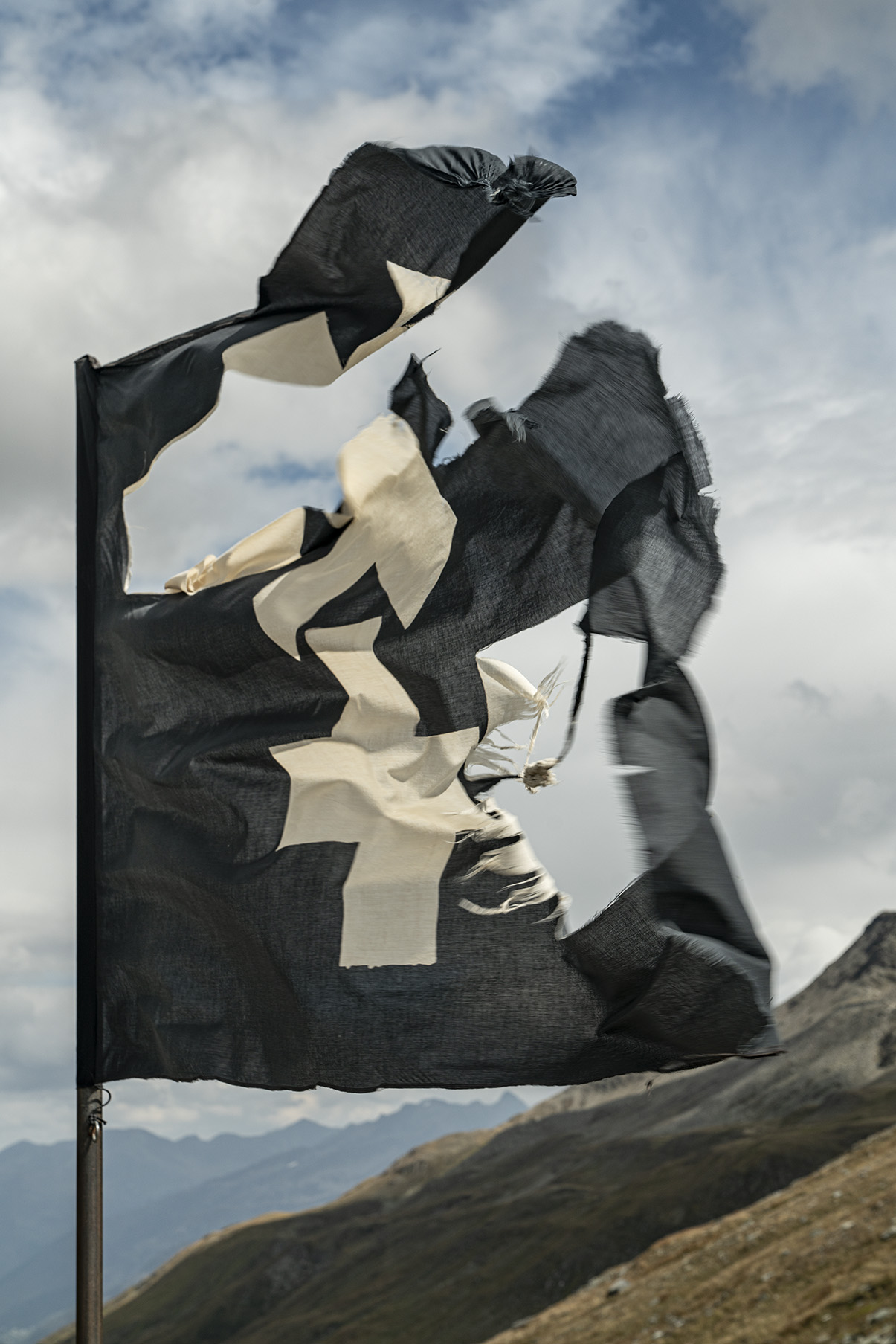 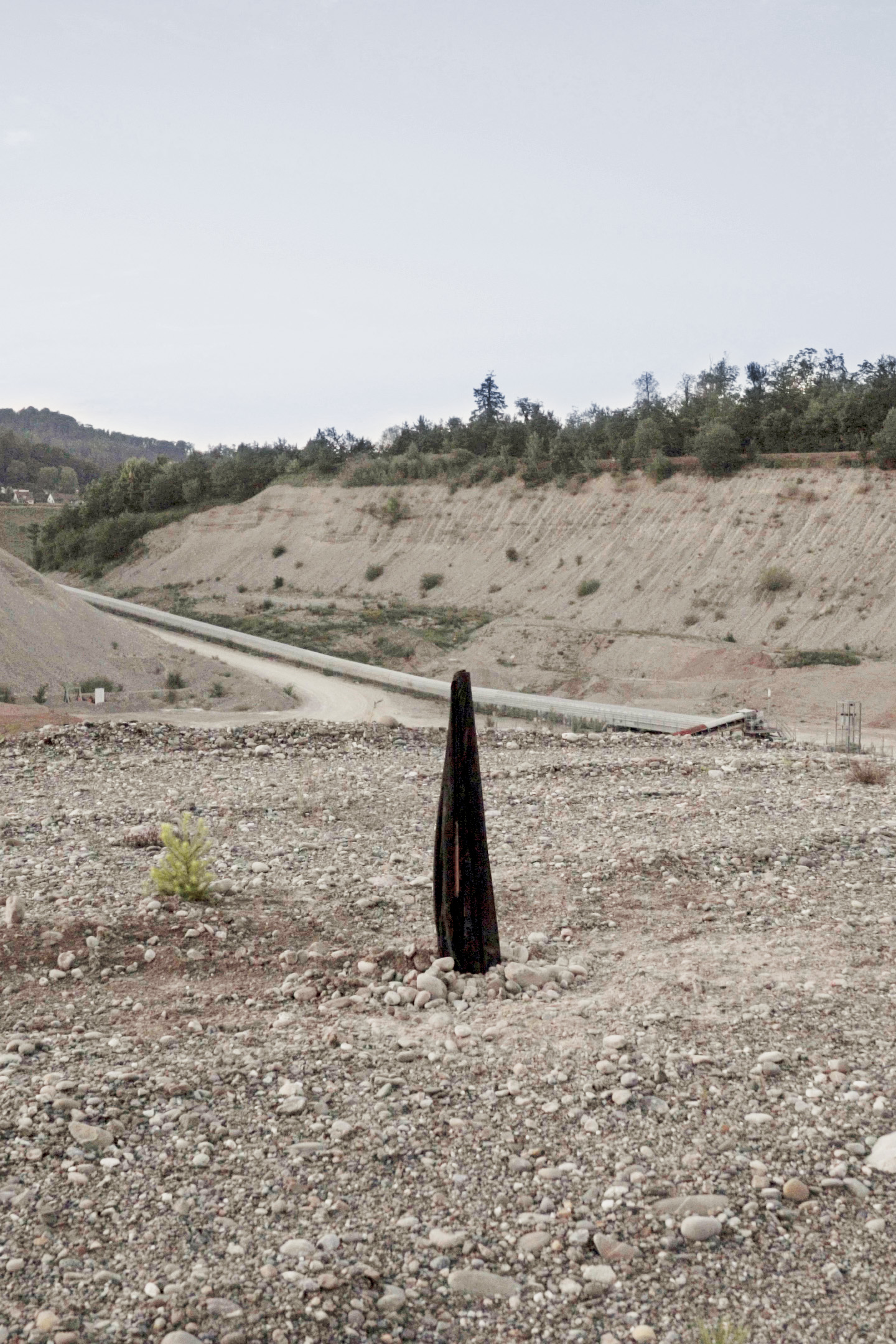 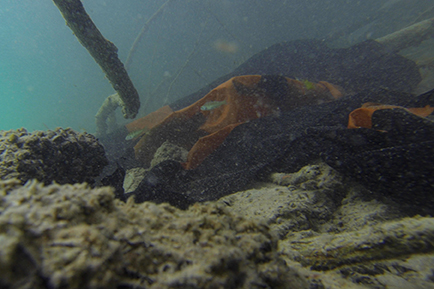 Borders are speculative fictions with real consequences. As writer Georges Perec once noted, borders are lines ‘for which millions of people have died.’ Borders govern our lives: there is no place on earth you can live without being inside a set of someone’s borders and under their authority. I’m here, you are there, we are on this side, they are on the other side, ad infinitum.

For the project –×–=+ artists Claudia Barth and Christof Nüssli will plant seven flags at seven points on a self-appointed north-south line through Switzerland. This work is a physical comment on an abstraction. The symbols on the flag (–×–=+) are a playful deconstruction of the monolithic simplicity of the Swiss flag. Flags are almost unfailingly used to signify borders and they depend on wind to animate them, though weather knows no borders.

These flags will hardly fly, for they are deliberately oversized, borne down by their own weight of signification: raised on sculptural bases of wood and metal, but inlaid with patterns like those left by parasites, undermining the structural integrity of these aggressive constructs. These flags erected and abandoned, votive offerings at the mercy of the sky; the works completion is in its destruction, the final stroke will be had by the landscape itself.
(Leila Peacock)

From 9 July to 4 September 2022, seven sculptures formed a line through Switzerland. A publication was produced during the same period, documenting the seven locations with images and research material. It also contains contributions from the guests we invited to share an „Augenblick“ with us. These „Augenblicke“ were visits to the individual sites, with readings, lectures and performances. Thanks to our guests, the project and this publication have been expanded with more perspectives and substances.